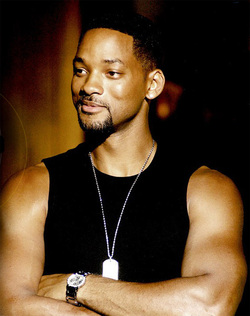 Smith hit the charts 40 richest Americans under 40 years of age.
Donated to the presidential campaign of Barack Obama's 4.600 dollars
The real name of Will Smith is Willard Christopher.

Will Smith is one of the few people able to achieve success in three of the largest and most difficult American industries - music, television and film.

Will Smith has four Grammy Awards.


The role of Neo from the Matrix was offered to Will Smith, but he refused.

He was a millionaire before the age of 20 years.

Play chess in his spare time.

Will Smith participated in the ranking of the most intelligent people in Hollywood and takes 5th place in it.

Collects a fee of 20 million dollars for the movie Ali.

Will Smith has appeared in over 20 films.

Smith was nearly bankrupt in 1990 when NBC-TV signed a contract with him.
Powered by